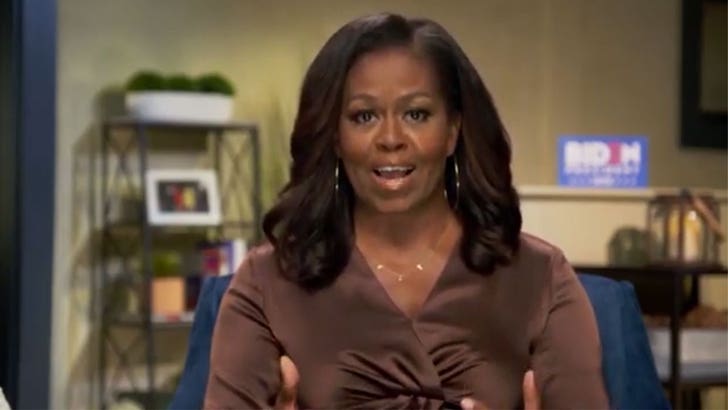 Michelle Obama's ready to throw her full support behind Joe Biden in front of millions of screens ... calling him a decent man while taking thinly veiled shots at President Trump.

The DNC just released a portion of the former First Lady's speech for Monday night's Democratic National Convention. She pretaped it, because remember ... it's all virtual this year ... and in the clip, she praises Biden as a man of faith who will tell the truth and trust science.

She never says Trump's name, but the references are clear -- the Prez is frequently accused of not believing scientists, like Dr. Anthony Fauci or Dr. Deborah Birx ... accused of lying, and absurdly said Joe Biden wanted to "hurt God."

Michelle's used to taking center stage at the DNC ... she was there just 4 years ago, and delivered a rousing speech stumping for Hillary Clinton.

You'll recall Michelle made these words famous at the 2016 convention -- "When they go low, we go high." Remains to be seen if she'll drop another anthem in this year's speech.