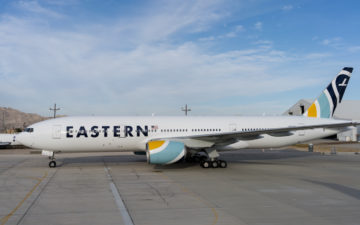 While most airlines around the world are downsizing, Eastern Airlines is in the process of expanding its fleet with a used Boeing 777. I initially wrote about this a bit over a month ago, but the airline is now showing off its new livery on this beautiful jet.

Wait a second, what is Eastern Airlines?

When I mention Eastern, most people probably think about the original Eastern, which was a major US airline from 1926 to 1991. But then there's modern day Eastern.

In 2015 the airline relaunched (or more accurately, rights to the name were purchased), as the airline started flying 737s to the Caribbean, including Cuba. Less than two years later its air operator certificate was taken away, and the airline went out of business. 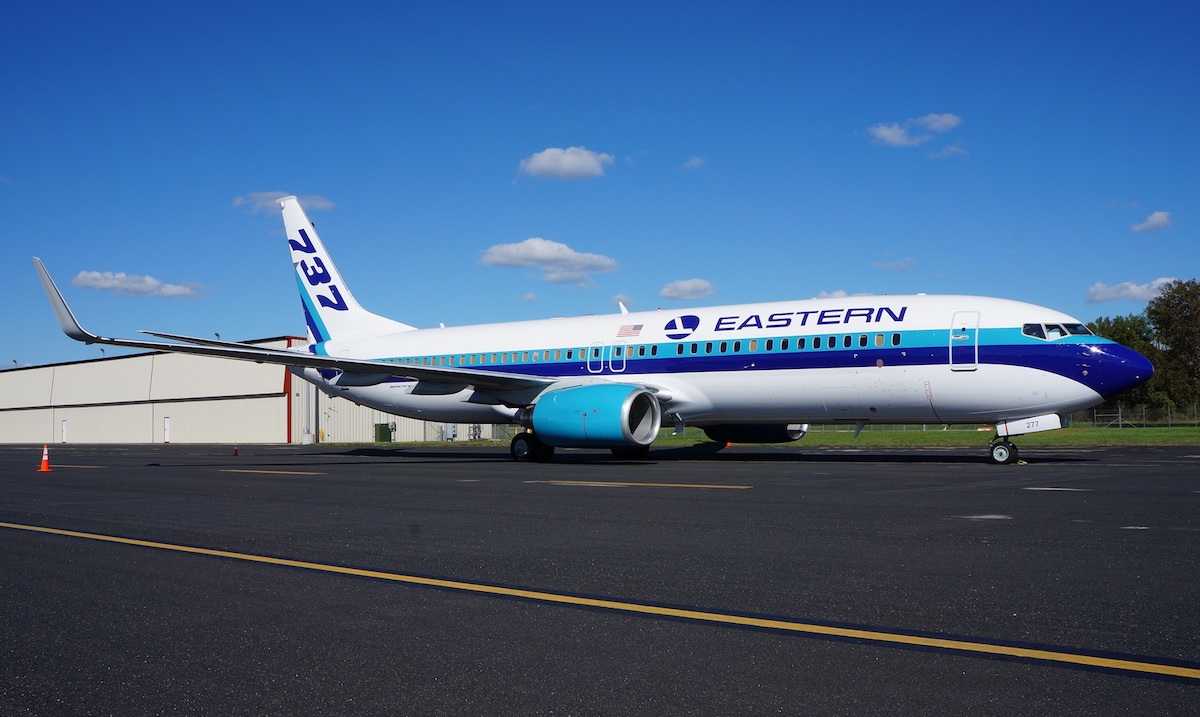 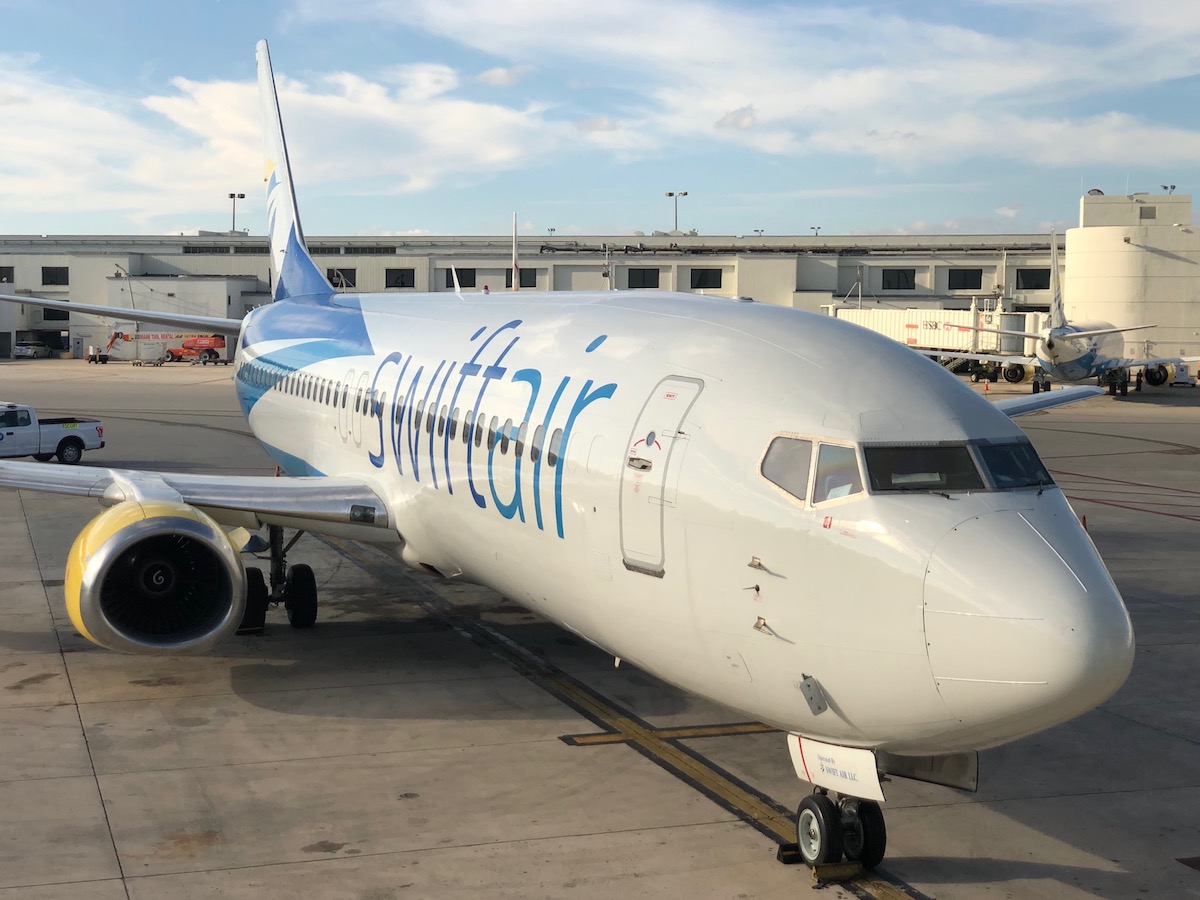 Then in April 2018, when Dynamic International Airways exited bankruptcy, it acquired the Eastern name, and has now branded itself as such. 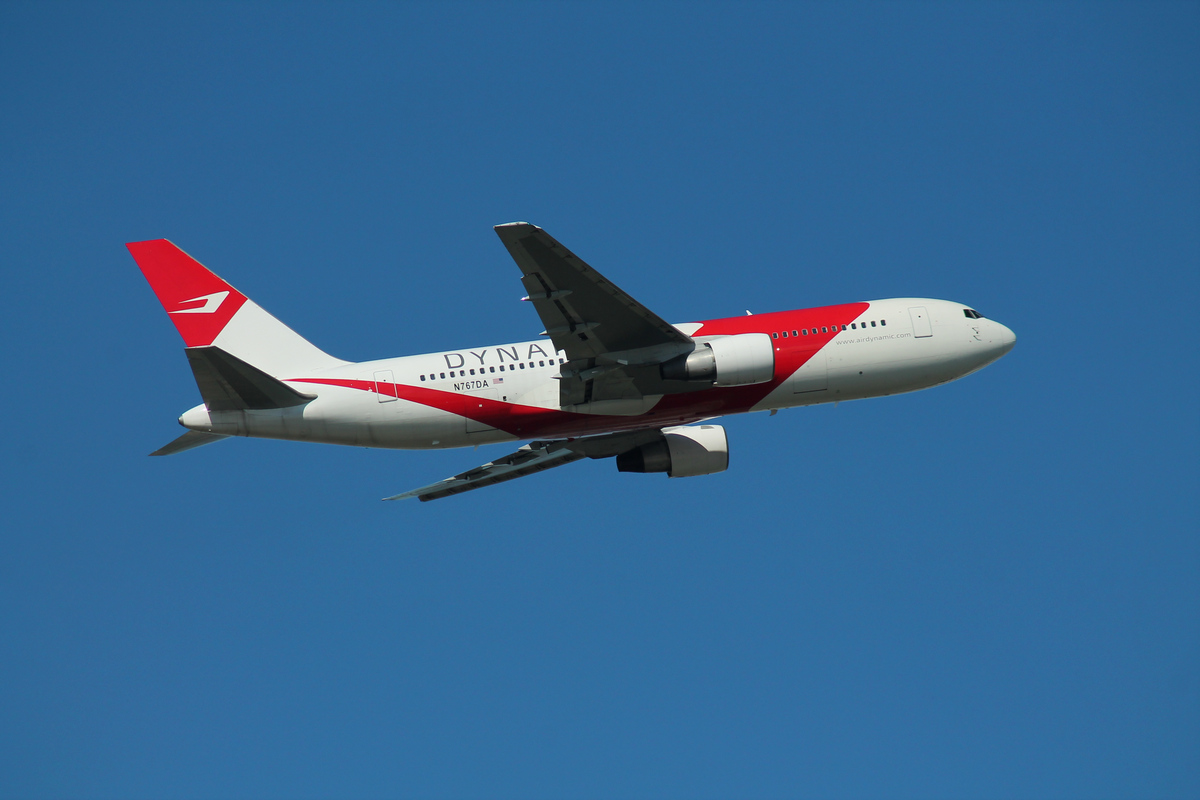 With that out of the way...

Eastern Airlines has now added a Boeing 777-200ER to its fleet. The plane has the registration code N771KW, and it's an 18+ year old plane with quite a history. The aircraft initially started flying with Singapore Airlines in 2002, but has operated with several other airlines since then.

Most recently the plane flew for FlyGlobal Charters in Malaysia. As far as I know, at that time the airline had 406 seats in an all economy configuration, as it was used primarily for pilgrimage flights between Malaysia and Saudi Arabia.

The plane is currently in Victorville, California, though presumably will enter service at some point in the not too distant future.

Yesterday Eastern debuted its new 777 in the full (new) Eastern livery, and I'm not sure what exactly to make of it: What could Eastern Airlines do with a 777?

Eastern is an incredibly quirky airline. The airline operates charter flights (both for passengers and cargo), though the airline also has two routes that it markets directly, from New York JFK to both Georgetown, Guyana, and Guayaquil, Ecuador.

The airline has also proposed some additional routes, like New York to San Diego, and New York to Jinan via Anchorage, though neither of these have materialized.

So, what exactly is going on with this 777 acquisition? My assumptions in general would be that:

Eastern Airlines has acquired a used Boeing 777, which complements its 767 fleet. I'm curious to see what this plane ends up being used for. I would assume Eastern got a deal on the plane, and can't imagine there's much immediate use beyond cargo flights and some high density charters.

As much as I'd like to fly Eastern, I wouldn't get too excited about the interior of this plane, because I believe it's in an all-economy configuration (that could change, but it seems unlikely).

The Government Has Now Given Out CARES Act Grants To 287 U.S. 'Airlines'. There Aren't 287 Airlines! - View from the Wing